Born in Richmond, Surrey in 1937, Tim Scott is one one of Britain’s foremost sculptors and has been, alongside sculptors such as Philip King and William Tucker, a major influence in British and European sculpture since the 1960s. Scott was one of the artists who made a great impact at the New Generation exhibition at Whitechapel Art Gallery in 1965, a group that renowned critic Clement Greenberg declared at the time were “doing the best sculpture in the world”.

While studying as an architect, Scott also studied part-time as a sculptor at St Martin’s School of Art from 1955 to 1959 under Anthony Caro. Scott sought materials such as fibreglass, acrylic, glass and metal, and also used technology that allowed assembly of large forms in unconventional ways. He lived in Paris from 1959 to 1961, working as an architect and on his return he began teaching at St Martin’s, becoming head of sculpture there in 1980. From about this period, Scott shaped his metal directly, aggressively forging complex elements in relatively small but monumentally scaled sculptures that are characterised by a sense of tension and stress, analogous to the body in motion.

“Despite the solidity and mass of the material, Scott creates movement, space and lightness in these works, which often appear to defy gravity. With a firm grip on the plinth, these sculptures then reach out into space with expression and dynamism. Huge weights are suspended effortlessly in space, as in Swing and Bow, where an overarching bar is bent under the pressure of the hanging forms. Steel is probably exclusive in its ability to allow the sculptor to extend out into space to this degree, creating an openness impossible for other materials. The spaces themselves have been created by the construction and positioning of the components, rather than by cutting or carving into the material. Scott takes advantage of this, and creates an emotionally charged dialogue between the elements and the spaces linking the nearly touching parts… Scott makes the metal work to the limits of its capabilities, and to an exact specification. These are rigorous and brisk sculptures with surprising contradictions and a wrought, raw and poised energy.” 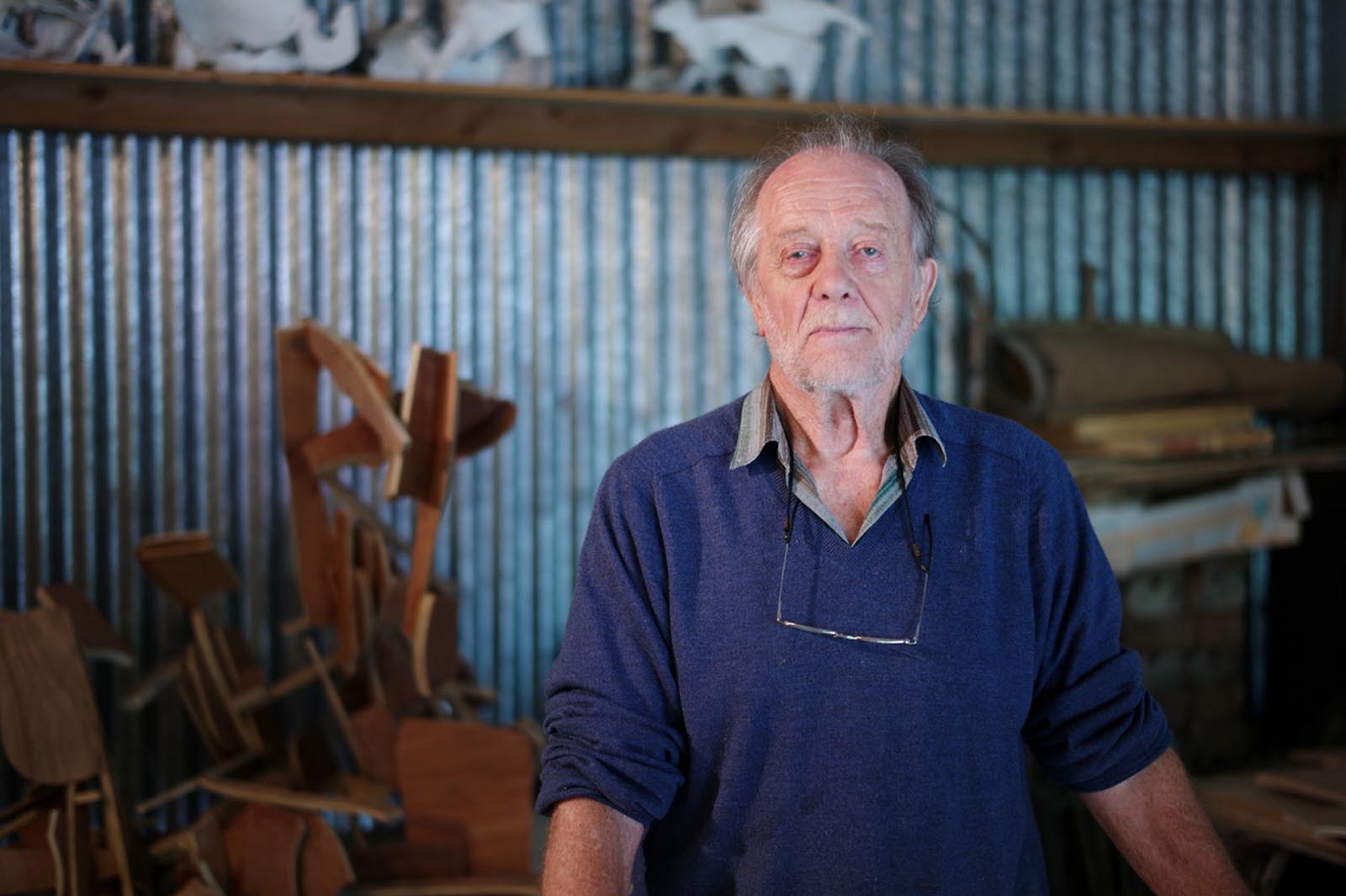 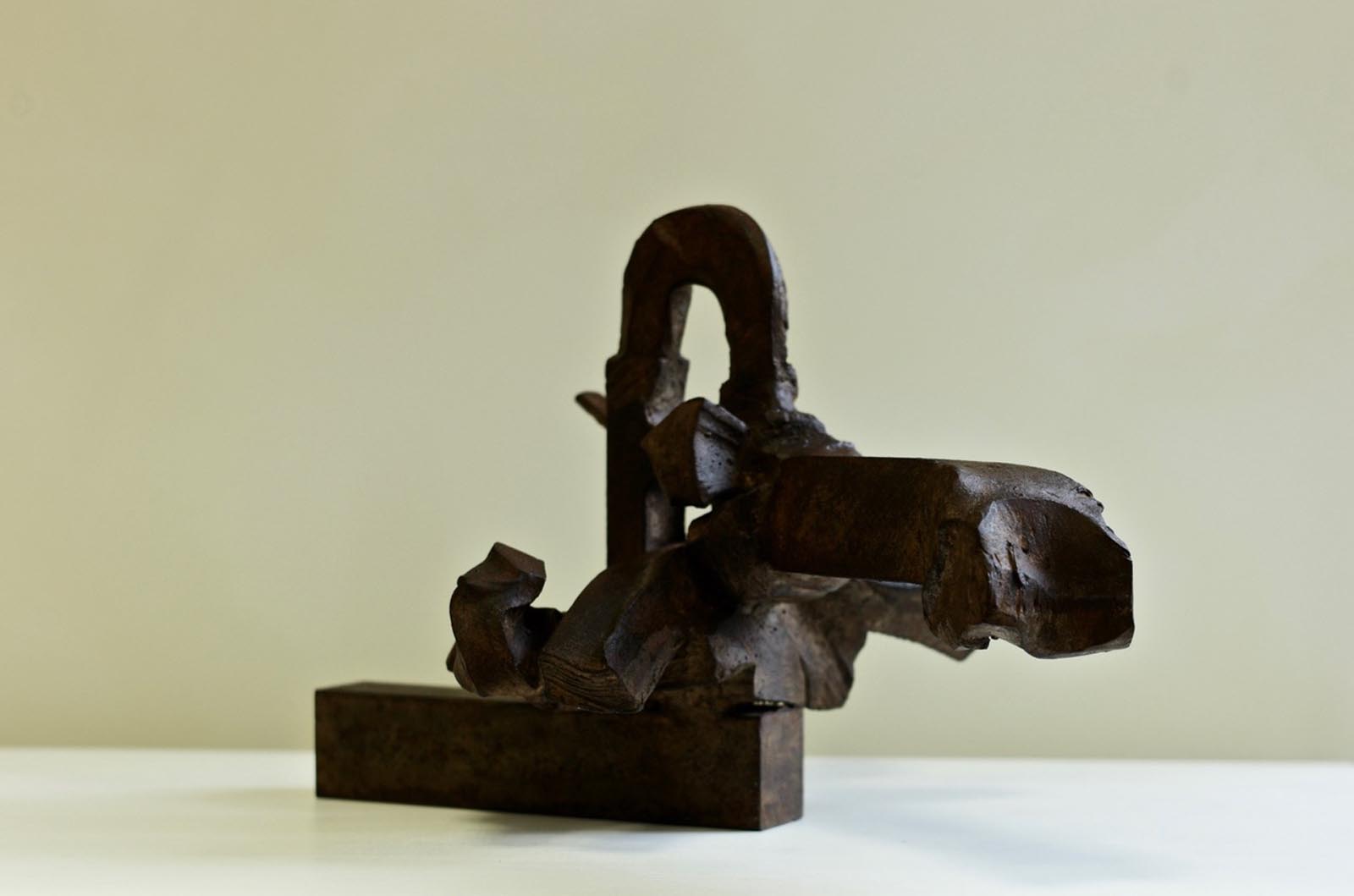 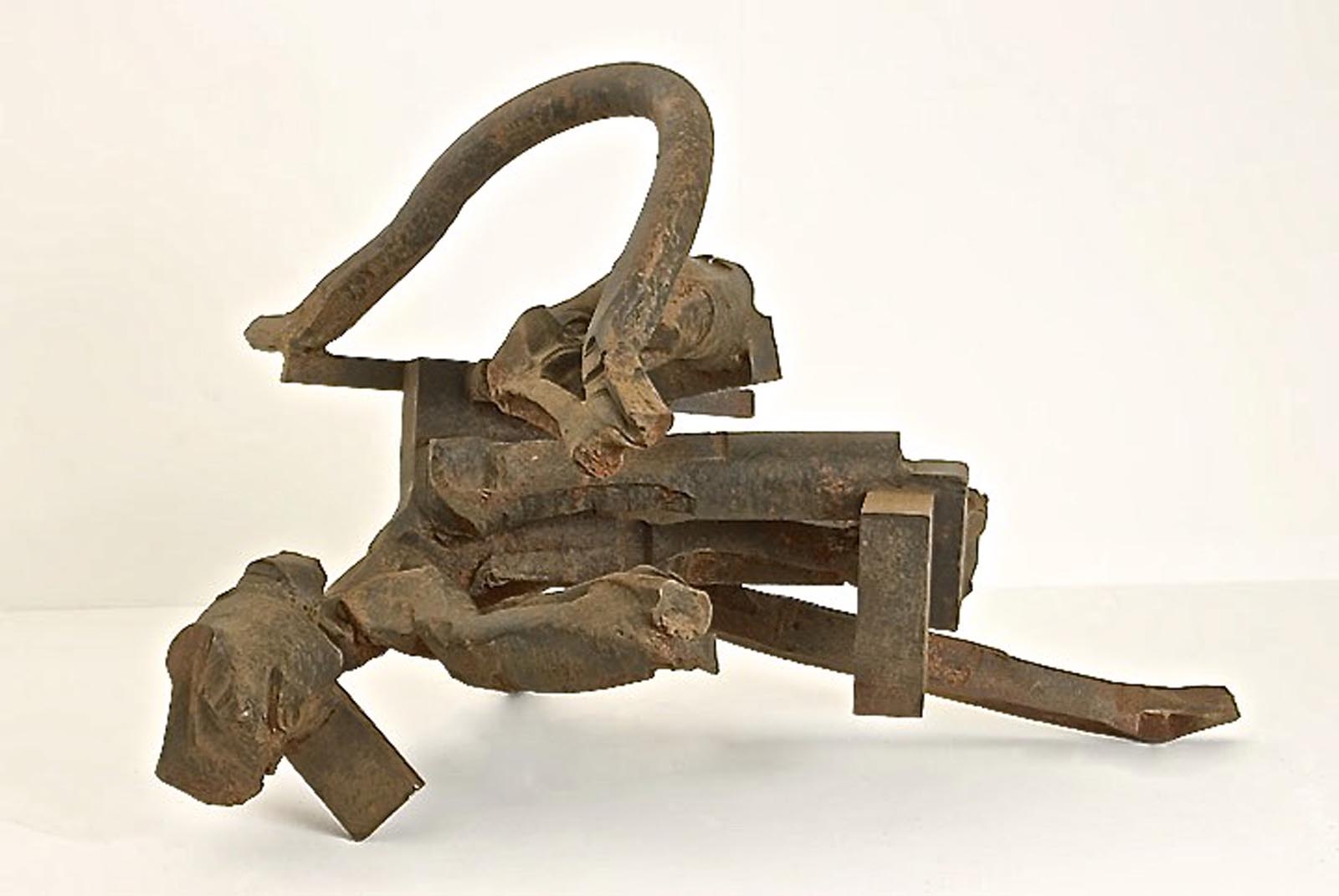 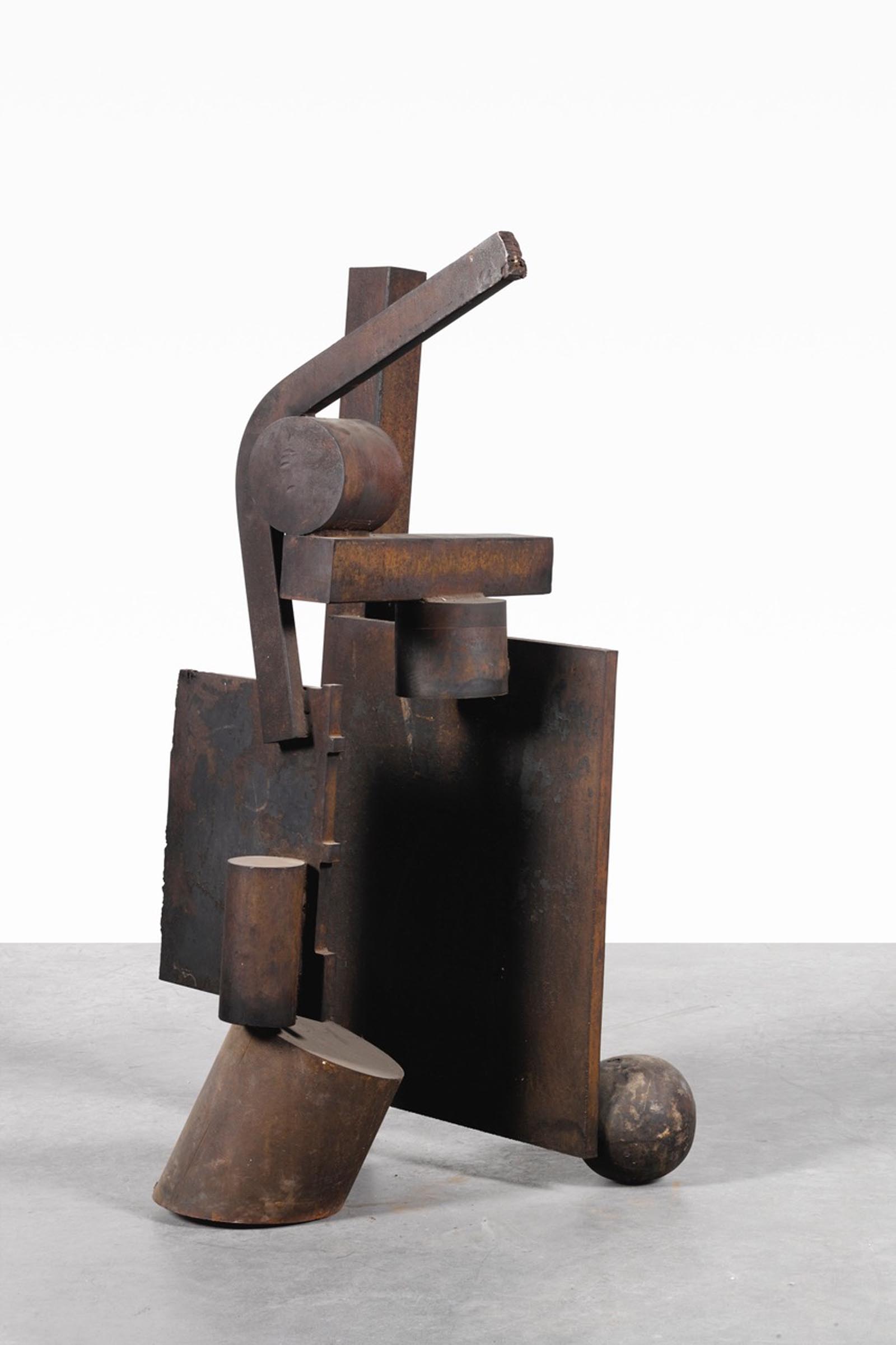 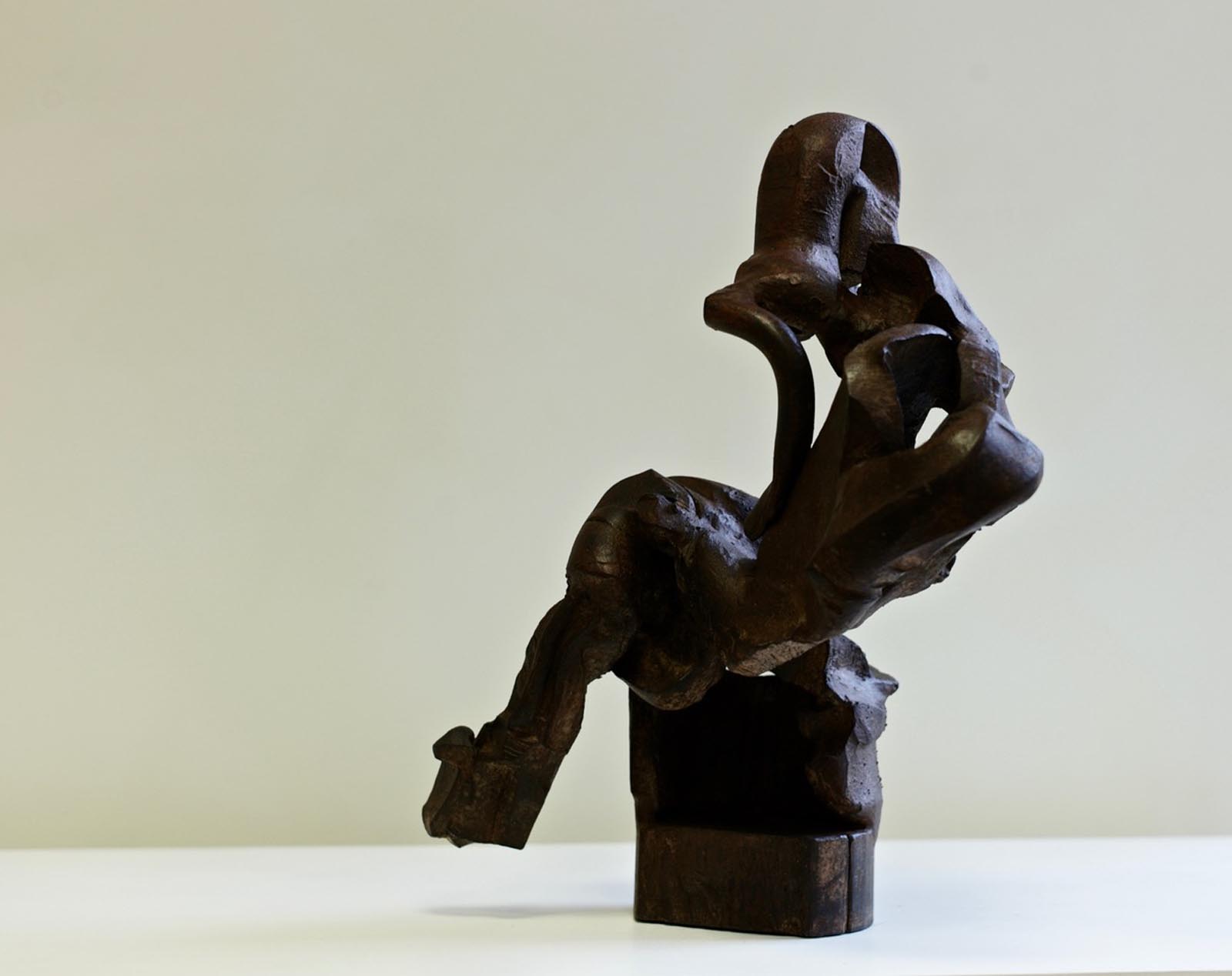 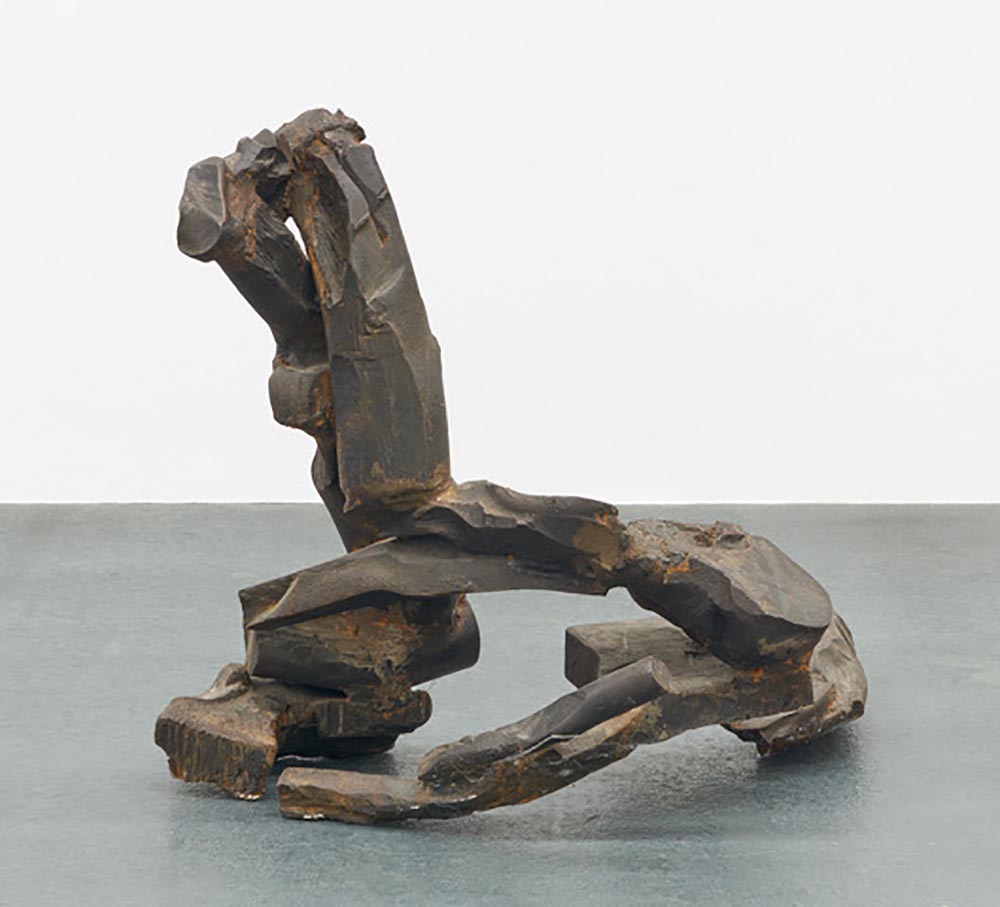